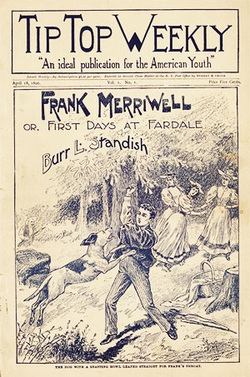 Gilbert Patten created Frank Merriwell in 1896 for Street & Smith publishers under the pseudonym Burt L. Standish (misprinted here on the first issue shown at right as "Burr"). Patten had no way of knowing then that he would spend the next 16 years (and probably more than 13 million words) writing Frank Merriwell's adventures (25-30 thousand words every single week!).

As a commodity, Frank Merriwell was both popular and lucrative! Even as the era of the nickel weekly waned, Frank found audiences in radio and other media. He remained popular into the 1930s when cinema and comic books killed him once and for all.

I've limited his clothing to items he wears on the covers of Tip Top Weekly (one of the first nickel weeklies to go full color on the "wraps" ~ a big deal in 1896). Also, I have limited his wardrobe (aside from the wrestling shorts) to items depicted between 1896 and 1900 in order to keep him within the scope of this blog. 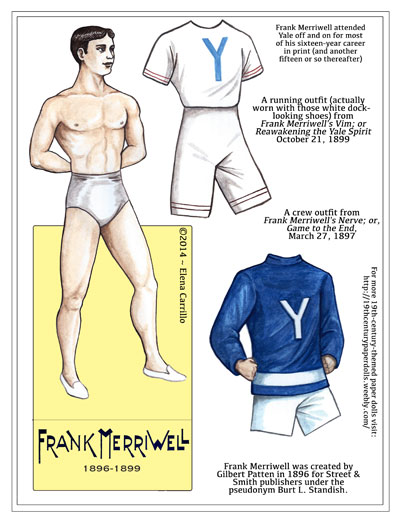 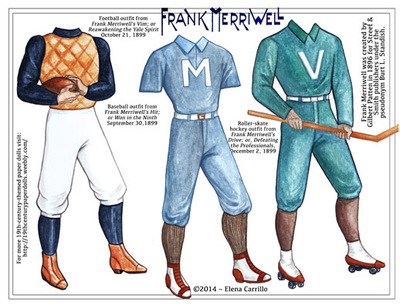 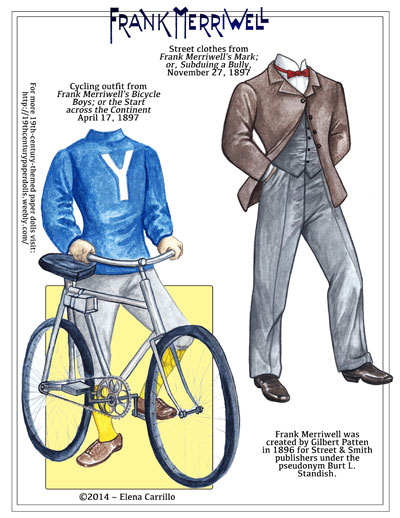